The course was designed by top golfer Ian Woosnam in collaboration with Mastergolf. Woosnam did not play much with his just 1.64 meters in height. But the little man from Wales became number one in the world. In addition to the 47 global professional victories, the ‘Wee Welshman’ was hung green in 1991 at Augusta National after he had won The Masters. This makes The International the first golf course in the Netherlands designed by a Major winner.

In addition to his individual performance, Ian Woosnam has also proved to be a great team player in the Ryder Cup. The biennial event where the best golfers from Europe and America compete against each. He participated eight times as a player and gained 16.5 points from 31 matches. He gained more than 90% of his points in the foursomes and fourballs with various partners. In 2006 he was allowed to lead as captain of the European Team. He did that with great dedication and the final result of Europe 18.5 -America 9.5 this equalled the biggest victory for a European Team ever.

All this knowledge and experience has been found in Woosnam’s qualities as a golf course designer, those design qualities supplemented with those of Mastergolf, have led to The International becoming a top course which is capable of hosting world class tournaments but also a delight for beginners.

Everything is finished from A to Z and from the beginning to the end. 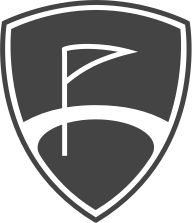